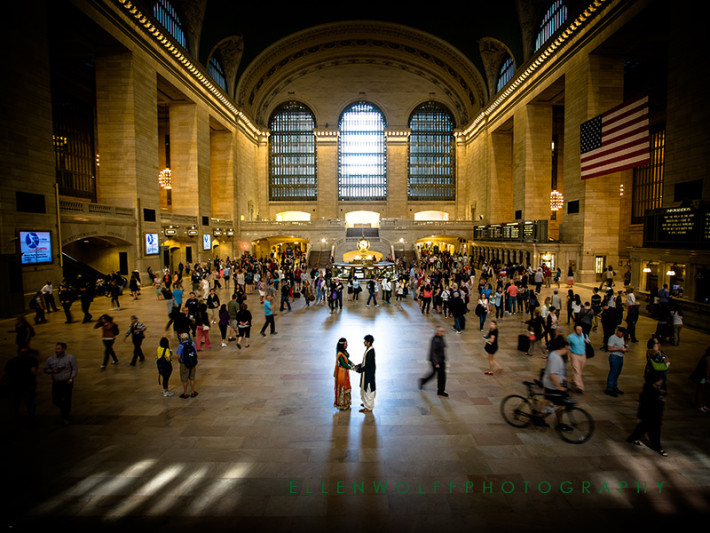 by The Studio
/ in Engagement
/ tags Central Park, Portraits
0 Comments

This gorgeous couple visited  New York City from Singapore where they will be married later in the year. The bride to be wanted fun New York City engagement portraits. And so we went to several neighborhoods around town: the iconic Times Square, Grand Central Station, the subway and Central Park for a combination  posed and relaxed engagement session.  Her Matha Patti (the silver jewelry on her head) and gorgeous jewel toned sari made the first part of our session so meaningful to them. After the photos in traditional wardrobe walked around in Hell’s Kitchen, a neighborhood on the West Side, close to their hotel for a more romantic and contemporary portrait style.